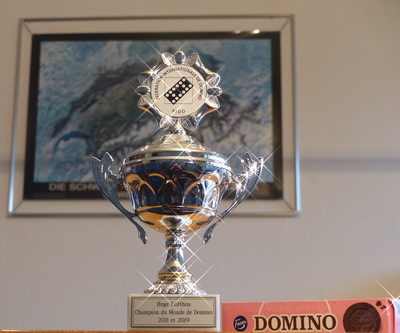 Every year at the end of the year (from 27 to 31 December), a decentralised FIDO Domino World Championship takes place. That is, wherever groups of five players get together. They play three rounds with a double twelve domino game on divisor seven.

The results of the three games will be sent in via the FIDO website, where the evaluation will take place and the world champion will be announced on 2 January of the following year.

How can I participate?

¹ Whoever you declare as player number 1 on the form: player number 2 sits next in the direction of the game. Number 3, 4, and 5 follow this logic. 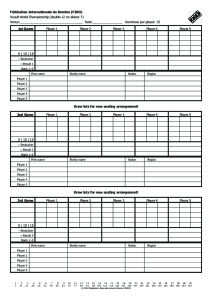